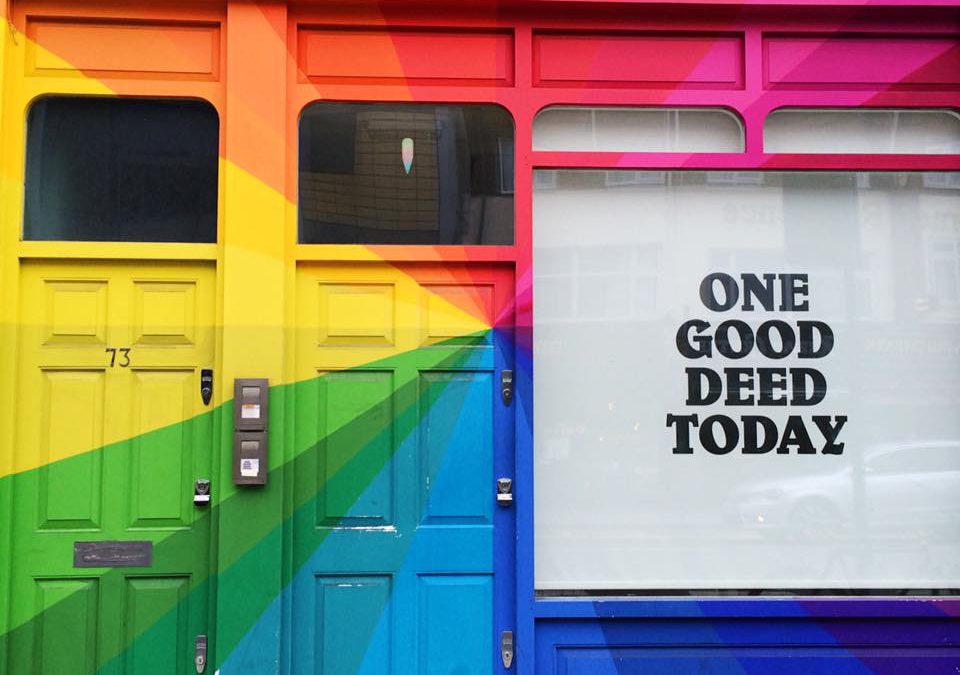 Me and Joe try to visit London at least once a year, but often we only end up being able to go for a day or two, so we decided to go for a longer break this time, and had 4 nights there.

When we first got off the train we were starving, after no breakfast and an early, excitable start, so using an app called Coffee (In)touch we tracked down a near by restaurant called Caravan King’s Cross, which is housed in a grade II listed Victorian grain store. The atmosphere was wonderful, and I had sourdough toast with advocado, chilli, lemon, olive oil and a poached egg, it was a luxurious breakfast, I’m getting hungry writing about it now! We then made our away towards our hotel.

It would be much more interesting to say that we stayed in a boutique hotel or a cool airbnb place, but in reality, the cheapest option was a Premier Inn, and let’s face it, we weren’t planning on spending that much time in it anyway. It provided us with the perfect base for our trip, being a brand new one that had opened right near the Whitechapel Gallery. We picked this one as we wanted to do more exploration of the East End of London, which is where we spent the majority of our time.

From our Hotel we could walk to Brick Lane, Spitalfields and Shoreditch with ease, on one day we didn’t even need to use the tube. Also, I am a massive fan of being able to use a contactless card on the underground rather than buy a ticket, as it is quicker and worked out quite a bit cheaper.

We fell a little bit in love with Shoreditch, with it’s streets chock full of colourful artwork, and bursting with bars, cafes  and cool shops. It also, had a much more laid back feel to some other areas of London. In recent years it has received lots of criticism for being pretentious and Hipster, so I can only discern that I am both of these things! And having since read a Telegraph article called ‘Pretentious Shoreditch venues that will make you despair’ found we had ended up at a few of those places, and also enjoyed them! Whoops! Sorry guys!

One of these places was ‘The Cereal Killer Cafe’ which we had meant to go to on previous visits, but never quite managed it. Sure it is an expensive way to enjoy a bowl of cereal, but with over 100 different varieties of cereal to choose from,lots of brightly coloured Formica furniture and a range of cereal cocktails on offer, it provided a great place to spend a soggy morning! The huge sugar rush meant we had lots of energy to go on with the rest of the day! Another place we stumbled on (which was also listed by The Telegraph) was ‘Kick’, which was a really colourful, friendly bar, with football tables throughout the room (I lost 2-1 🙁 ) Football tables you say!? How pretentious!

Also, of note in Shoreditch is BOXPARK; a pop up mall made up of shipping containers. It contains a load of pop-up shops, and food and drinking venues, as well as having a series of live events. Definitely worth a visit, we especially loved The Broke Down Palace, The Swedish Hasbeens shop and Nordic Poetry.

Brick Lane is a great creative hub, and we enjoyed a Beth Orton gig at The Rough Trade store (as well as the obligatory visit to the Photo Booth there), perused the vintage fairs and stores, as well as having fun watching people at Junkyard Golf- a series of 3 indoor golf courses, made of a variety of junk, including slides, paddling pools, wendy houses and treadmills. We really wanted a go ourselves, but never got round to booking tickets.

We visited Spitalfields City Farm, which began life in the ’60s by squatters, as a collection of allotments. Now it is home to a number of animals, including cows, ducks, goats and donkeys, as well as  selection of pesticide-free Bengali vegetables. It is free to visit, very friendly, and provides a lovely oasis away from the hustle and bustle of the city.

I had earmarked The Victoria Miro gallery for a visit, as I had seen they had an exhibition by Yayoi Kusama (famed for her bold, spotty work) was there. And wanted to visit a gallery that was off the beaten track. We got to the door and then were a little bit intimidated when we discovered we had to buzz in. I immediately felt panicked, like they would ask us for a password before we would be allowed in, luckily this was not the case! The mirrored rooms she had created were amazing, especially the infinity Pumpkin room, which I could have spent ages in, but unfortunately we were only given 10 seconds as the queue was so big!

One thing I was adamant about doing on this trip was visiting Sketch! That place with the most instagrammed toilets! And of course I added to it’s total (that photo with the pods and the coloured ceiling windows). Unfortunately, we couldn’t afford the afternoon tea in The Gallery, as that would have set us back £45 each (although I totally plan on going back another time to try it), but we enjoyed a cocktail in The Glade bar. Which despite it’s sumptuous surroundings had quite a laid back feel. It really is a beautiful place, and The Gallery restaurant is like a Wes Anderson film come to life! If only everywhere had such a sense of fun.

We packed in this and so much more into our 4 days, leaving exhausted, poorer, but with our heads buzzing with colour.